INFANTE & RIU was present at the PORTUGUESE REAL ESTATE ROADSHOW in FRANCE, in the cities of Lyon, Lille and Nantes, from 20th to 22nd September 2016, with an own display, where we promoted more than 650 properties that we have in portfolio and several investment projects with high revenue (buildings to renovate and hotels).

This event, organized by the French-Portuguese Chamber of Commerce and Industry, had 30 exhibitors from various areas (real estate, banking, insurance, tourism, city halls).

After the success of the Portuguese Real Estate Fair in Paris that took place last May and received about 17,000 visitors in three days, the cities of Lyon, Lille and Nantes were selected for this roadshow not only for its geographical position, which allow to reach several regions of France, but also because they have an average of 30% of the population of retired seniors, a large Portuguese speaking community and several weekly flights to Portugal. 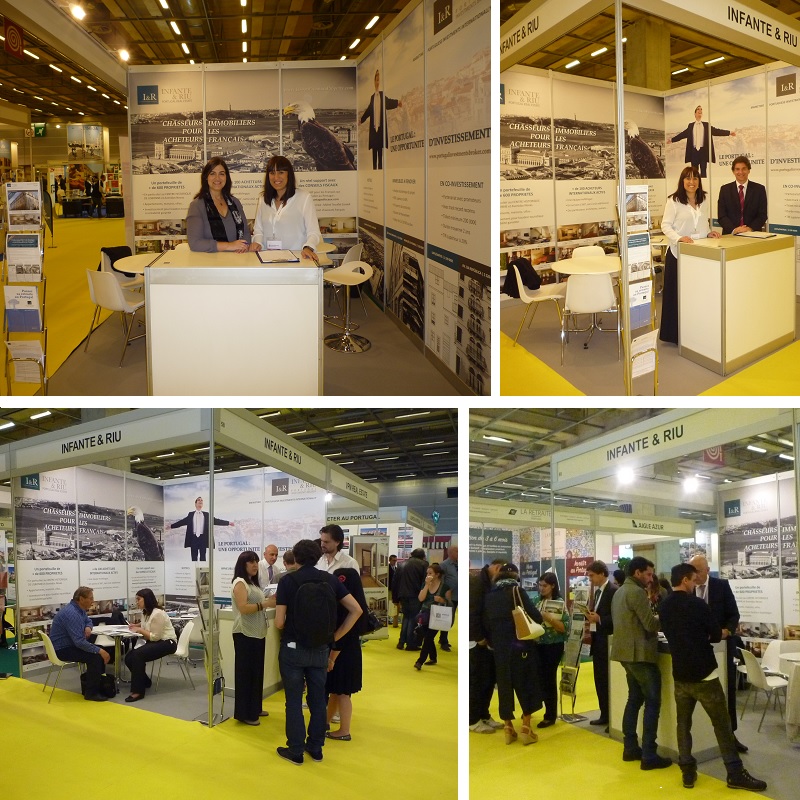 The real estate agency Infante & Riu and its business broker received the visit of numerous French buyers and investors in its stand at the Portuguese real Estate Fair in Paris, from 20 to 22 May 2016.

This bilingual special edition (Portuguese/French) has had 3000 copies, distributed complimentary at the Fair, and ran out of stock the first day!

This website uses cookies to improve your experience while you navigate through the website. Out of these, the cookies that are categorized as necessary are stored on your browser as they are essential for the working of basic functionalities of the website. We also use third-party cookies that help us analyze and understand how you use this website. These cookies will be stored in your browser only with your consent. You also have the option to opt-out of these cookies. But opting out of some of these cookies may affect your browsing experience.
Necessary Always Enabled
Necessary cookies are absolutely essential for the website to function properly. This category only includes cookies that ensures basic functionalities and security features of the website. These cookies do not store any personal information.
Non-necessary
Any cookies that may not be particularly necessary for the website to function and is used specifically to collect user personal data via analytics, ads, other embedded contents are termed as non-necessary cookies. It is mandatory to procure user consent prior to running these cookies on your website.
SAVE & ACCEPT